Why Testing is necessary?

Well, Testing helps you make sure all parts of your app work as expected. It gives you the confidence to ship often while being able to refactor later knowing you won’t break anything.

There are several types of tests.

Unit tests test the functionality of an individual unit of code isolated from its dependencies. They are the first line of defense against errors and inconsistencies in your codebase. Unit testing is a fundamental part of the Test-Driven Development (TDD) process. 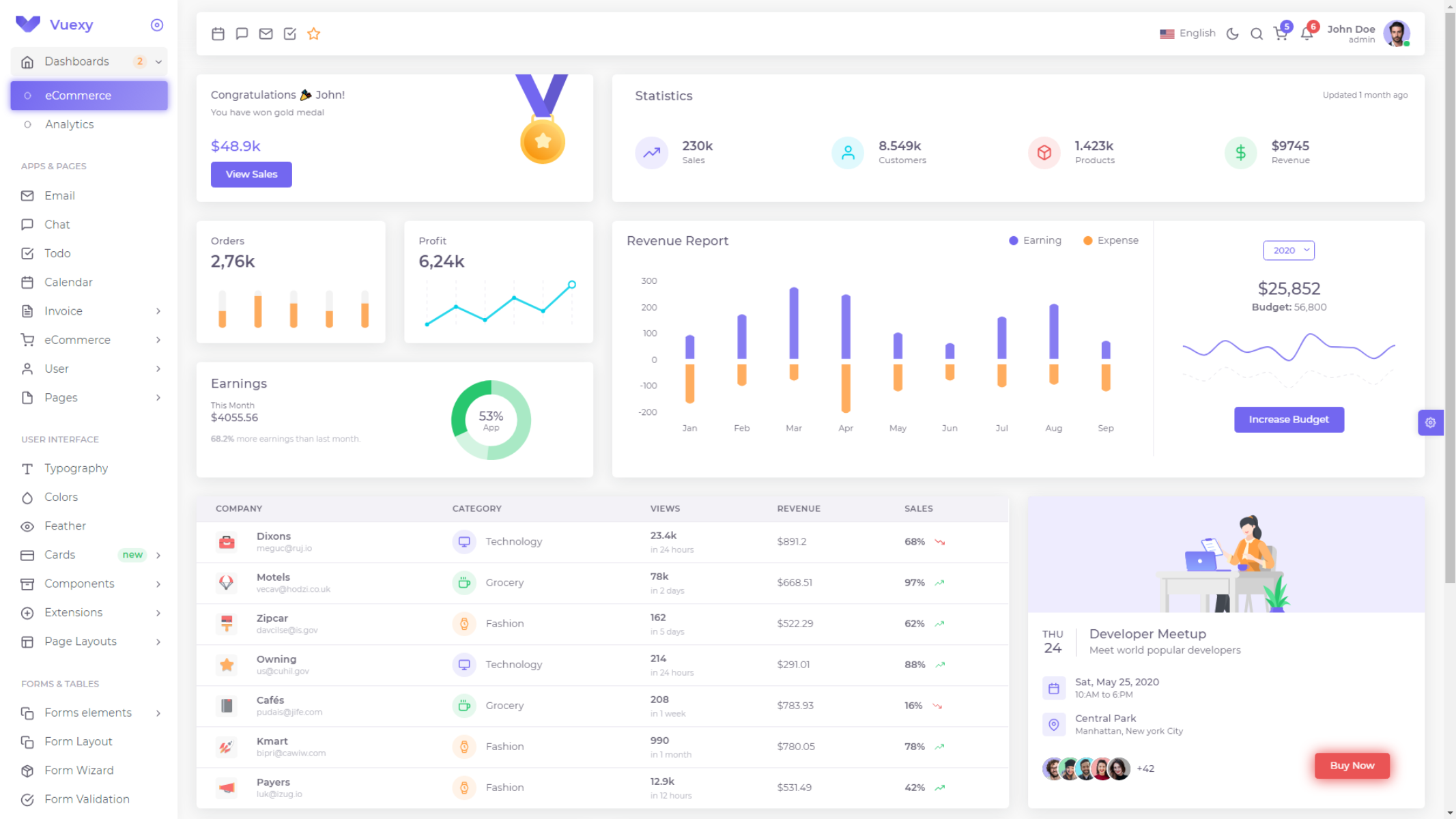 While working with Vujs applications you should check some VueJS UI Component Libraries. Now let’s begin..!! 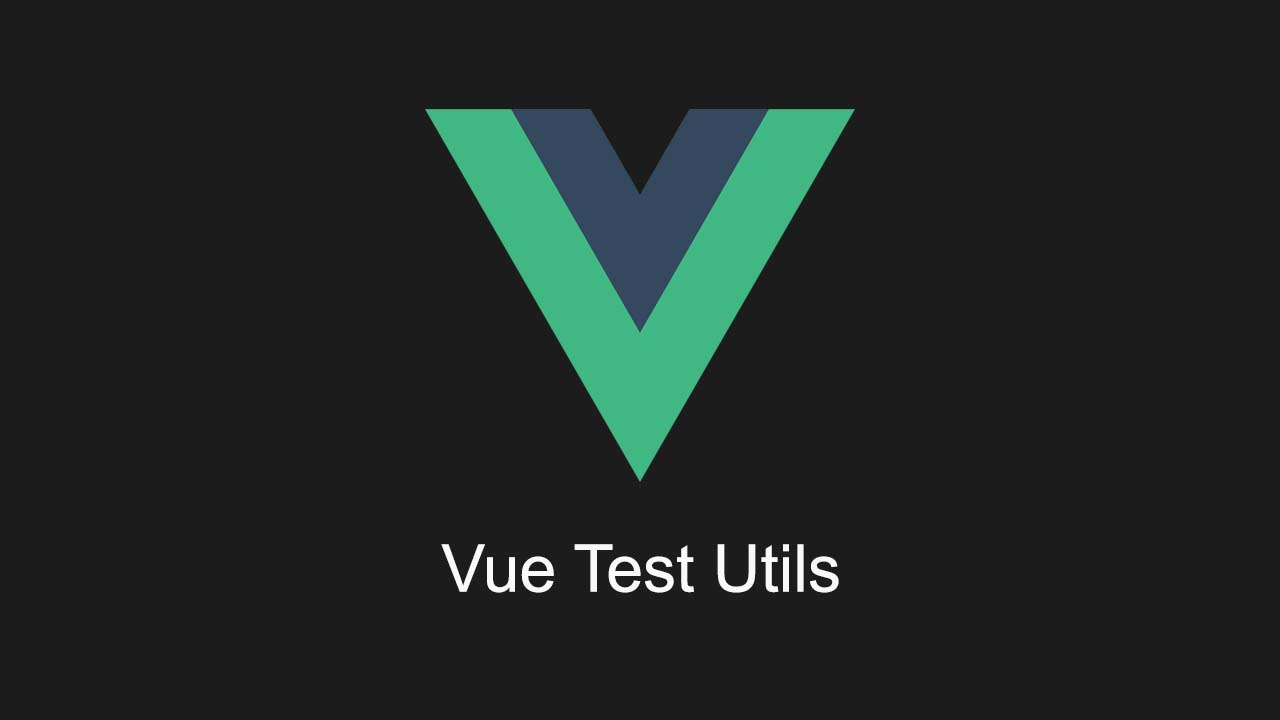 Vue-test-utils is the official library for (unit) testing your Vue components. It works with any of the test runners below (and also others!). If you use vue-CLI, it can set your project up for unit tests with vue-test-utils – and also configure a testing framework like Jest. It also provides methods to mount and interact with Vue components in an isolated manner. 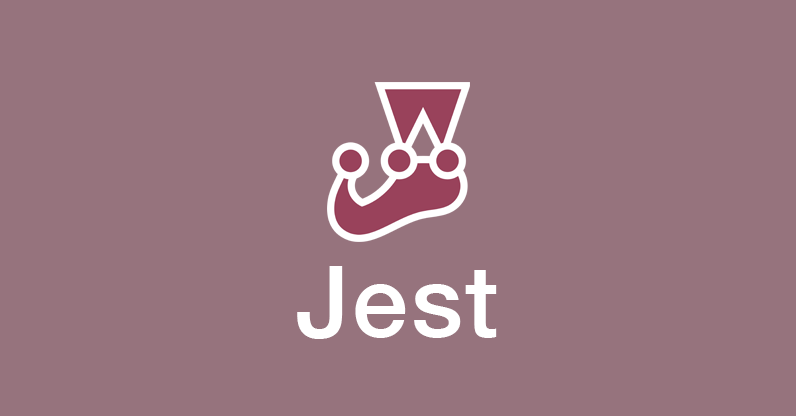 Jest is a well-liked JavaScript testing framework that comes packed with many goodies for developers focusing on simplicity. It’s one of the fastest testing frameworks for Vue single-file components. Other than Vue, Jest works with other frameworks, libraries, and platforms like React, Angular, and Node. It is also compatible with Babel and TypeScript.

However, you need to use a separate package called Vue Test Utils to mount Vue components, and then Jest can be used to execute the components’ unit test.

Apart from running tests, Jest comes with loads of other features like code coverage, mocks, and snapshot testing. 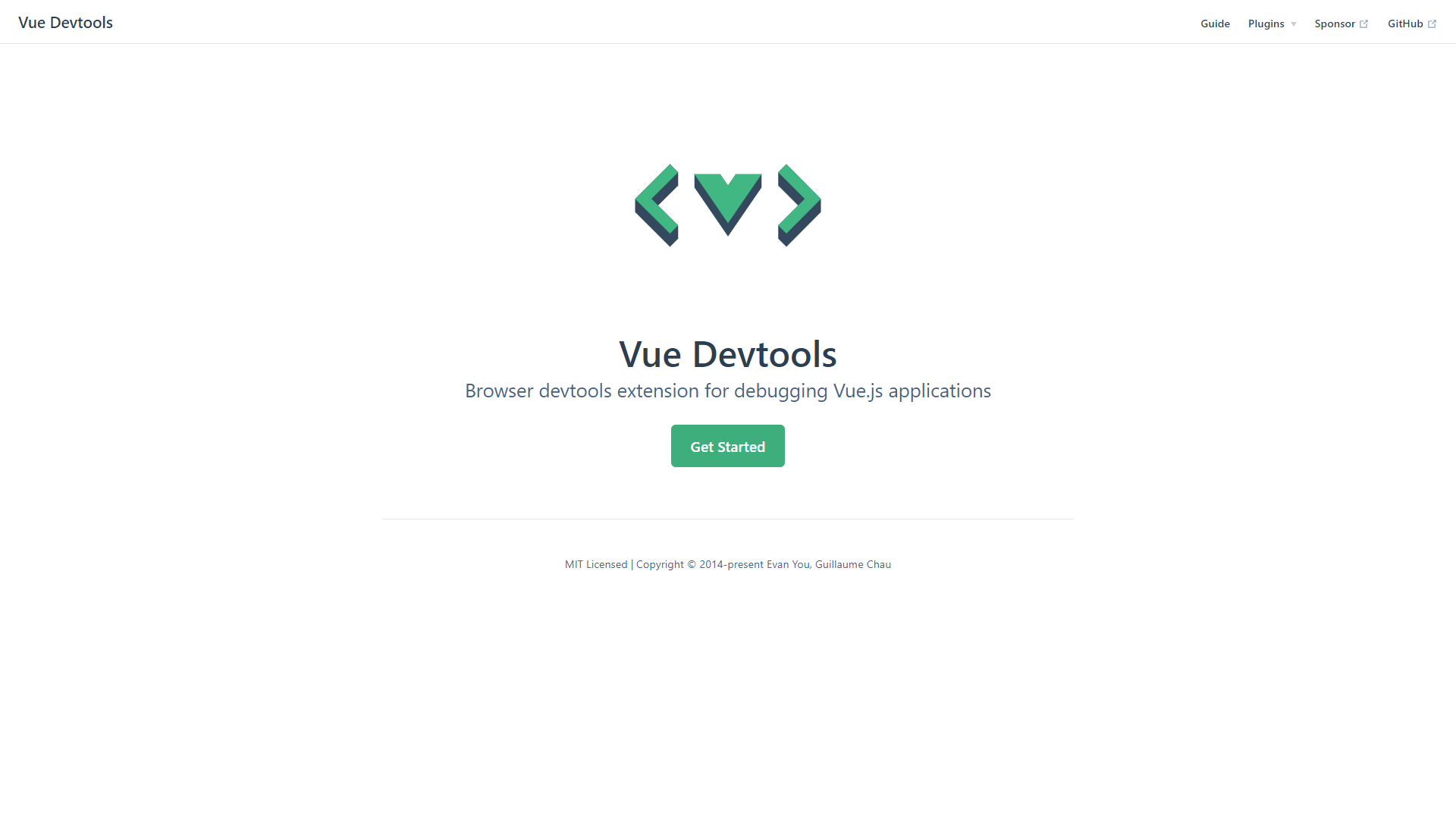 Well, performance testing is a testing mechanism to measure and identify all the aforementioned performance-related bottlenecks. Vue Performance DevTools is a browser extension. This extension aims to inspect the performance of Vue components. Besides, It statistically checks a Vue component’s performance based on the measures collected by Vue using the `window.performance` API.

Some of the many uses of Vue Performance DevTools are as follows: 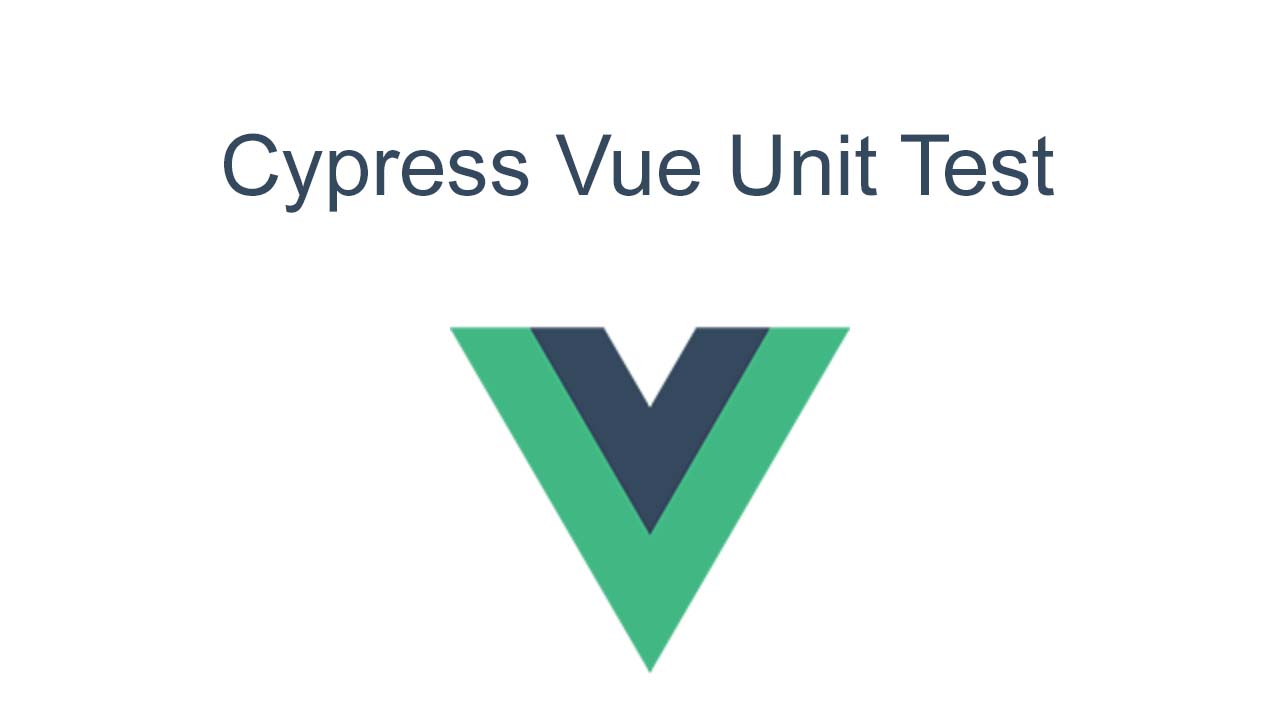 Cypress is a Javascript-based end-to-end testing framework that is built on top of Mocha. It also provides fast, reliable, and easy testing for anything that runs on the browser.

Now, modern web applications are a combination of various sub-components and systems. Thus, it is challenging to test and diagnose errors in these complicated applications by examining the functional flow. Therefore, End-to-end testing was introduced to address this issue, and with E2E testing, you can ensure the application’s complete health from all perspectives.

It doesn’t matter whether your application is component-based, uses frontend components, or uses server rendering; Cypress is independent of any particular framework. Besides, it stimulates the behavior of regular users as if they were using your application.

You can also write end-to-end tests for the Vue application using the official @vue/CLI-plugin-e2e-cypres plugin. Apart from testing E2E using Cypress, you can use it to perform unit tests and integration tests as well.

Mocha is a feature-rich JavaScript test framework running on Node. js and in the browser, making asynchronous testing simple and fun. Besides, Mocha tests run serially, allowing for flexible and accurate reporting while mapping uncaught exceptions to the correct test cases.

Also, it provides functions that execute in a specific order and logs the results in the terminal window. In addition, It also cleans the state of the software being tested to ensure that test cases run independently of each other.

While it can be used with most assertion libraries, this one is commonly used with Chai, a popular assertion library for Node.js and the browser. Furthermore, It is super flexible and therefore maybe a bit more complex to set up.

So, here we listed down the best 5 tools for testing vuejs application. As there are a lot of tools and support available to help you set up your tests exactly as you want, these are the initial tools that you will need to do testings on Vuejs applications.

Tell us which one is your pick in the comment section below. 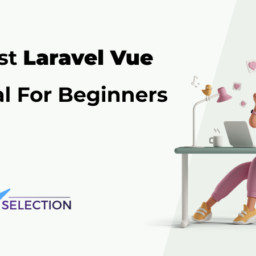 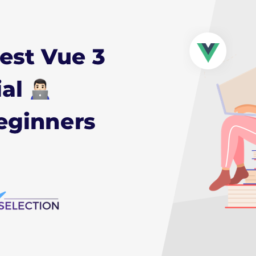 The Best Vue 3 Tutorial For Beginners 2022

Want to master The Vue 3? Then here is the list consisting of The Best Vue 3 Tutorial for beginners. Before we start the collection let’s know why VueJS getting Popular and why you need tutorials. What Makes Vue JS Best? VueJS is lightweight, easy to learn, and pleasant to write in. Besides, it is one of the powerful and flexible frontend frameworks. It has familiar templating syntax and use… 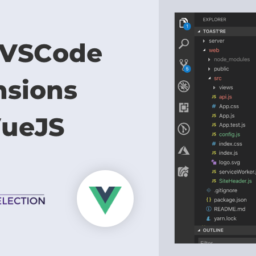 Are you looking for the amazing VSCode extensions for VueJS for your upcoming Vuejs based web app? Then here is a very useful and noteworthy collection of the best vuejs vscode extensions. What Is A VSCode Extension? VS Code extensions are very essential in modern web development. They are a source code editor helpful in building modern web applications. It is a free and open-source editor. Furthermore, It also supports… 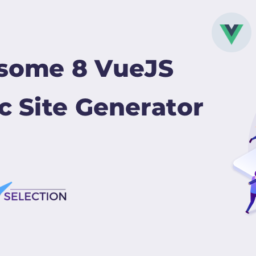 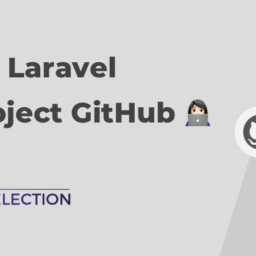 Looking for the best Laravel Vue JS Sample Project for inspiration? Then here is the list of Open Source Laravel Vue JS Sample Project 2022. This collection of laravel vuejs projects consists of awesome projects made with Laravel and VueJS. Before we start the collection let’s discuss what laravel and vuejs are and why this duo is so popular. What are Laravel and Vuejs? Well, Laravel is a free, open-source PHP… 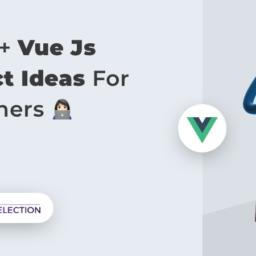 Are you looking for Best Vue JS Project Ideas For Beginners?  Then Here is the best collection that consists of the best ideas for inspiration. What Is Vue JS? VueJS is a progressive framework for building user interfaces. It is designed from the ground, and can easily be a library and a framework depending on your goals. Besides, it also consists of a core library that focuses on the view… 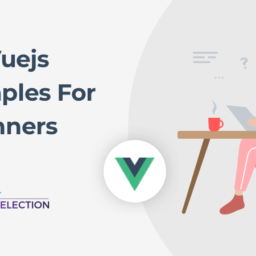 Starting your journey as a Vuejs Developer? Then here is the collection of Vuejs Examples for beginners 2022. Here you will find the best Vue projects to practice. Before we start the collection, let’s get to know what vuejs is. What is Vue.js? Vue.js is one of the major JS frameworks used for front-end development. It is used by big companies such as Gitlab, Alibaba, Xiaomi, Adobe, Euronews, Nintendo, Grammarly, Codeship, Behance,… 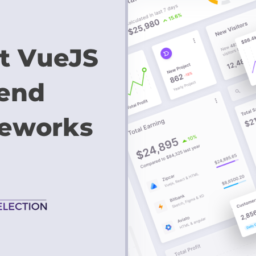 Looking for the VueJS backend frameworks for your next vuejs project.? Then here is the best collection of vuejs backend frameworks 2022. Before we start the collection, let’s get an overview of vuejs. What is Vue JS? Vue JS is an open-source framework of JavaScript that was launched in 2014 by Evan You. Programmers and businesses love to use this front-end MVVM framework to create web applications and interfaces. Stack Overflow… 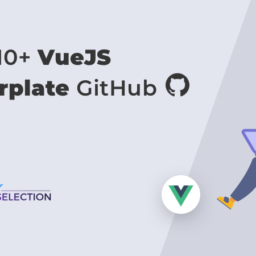 Looking for Vuejs Boilerplate for your next project? Then here is the best collection of VueJS Boilerplate GitHub 2022. Before we start the collection let’s check what a boilerplate is and what are the parameters for an ideal one? What is a Boilerplate? In computer programming, boilerplate code or just boilerplate are sections of code that are repeated in multiple places with little to no variation. When using languages that are… 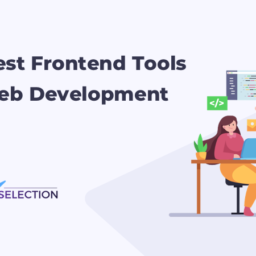 The Best Front End Tools For Web Development In 2022

Looking for the best Front end tools to fasten your workflow? Well, here is the list of the best tools for front-end developers in 2022. In recent years, the work of Front-End Developers has increased compared to that of 10-12 years ago. Thus, the demand for Front-End Developers has also increased significantly in recent years, as well. They are required to work upon numerous aspects such as responsive design, improved… 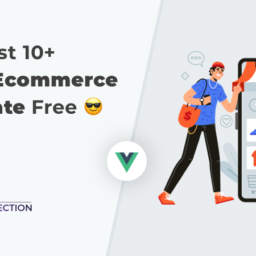 Are you looking for a Vuejs eCommerce template? Then here is the best collection of Vuejs eCommerce template free 2022. Well, Vue.js is an open-source JavaScript framework for building user interfaces on the web. In comparison to other complex front-end frameworks like Angular, Backbone, React, etc, it is very small and lightweight, and easy to use. This is really a worthy framework for you to consider if you are looking… 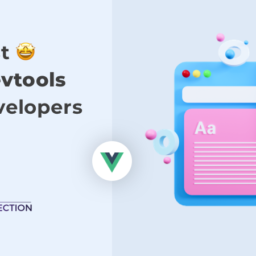 Are you developing a new Vue Project? Then this list of 15+ Best Vue Devtools will help you with it. Before we start the collection let’s check what VueJS is and what makes it unique? What Is VueJS And Why It Is In Demand? Well, Vue is a progressive framework for building user interfaces. It is designed from the ground, and can easily be a library and a framework depending on your… 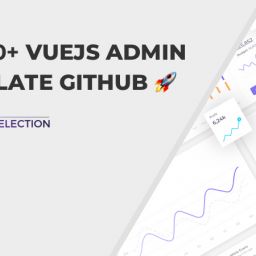 Are you looking for Vuejs admin templates? Well then check out this collection of Vuejs admin template GitHub 2022. Before we start the collection let’s know about VueJS in short. As we all know, Vue.js is one of the best open-source JavaScript frameworks for building user interfaces on the web. Besides, in comparison to other complex front-end frameworks like Angular, Backbone, React, etc, it is very small lightweight, and easy… 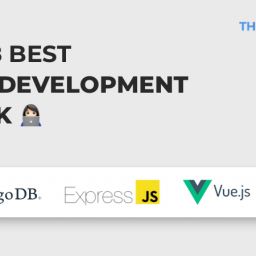 Get notified 💌 about upcoming Free Admin Themes, UI-Kits,
Unique promo codes  and Sales ! 🥳
We promise not to spam you. You can unsubscribe at any time.

10% Off 🥳  when you use promo code 10PERCENTOFF and complete your order today!