Bootstrap is the world’s most popular and widely used open-source framework for developing with HTML, CSS, and JS. Till now the bootstrap team has introduced 4 versions of bootstrap and soon going to introduce its bootstrap latest version 5. With the launch of V5, many major changes will be introduced in the latest version.

Update: The Bootstrap team has officially released the first beta of bootstrap 5. For more detail check our latest article: Bootstrap 5 arrived, what’s new, and things you need to know about it?

The Stable version is ongoing. They have done major changes till now and there are some in the pipeline. The version is yet not stable completely.  As per the source, the stable version of alpha will be released by the end of this year.

It offers some exciting new features such as:

Apart from this, there are some upcoming features, too.

Major changes include in Bootstrap latest version are:

For more details and info visit the comprehensive blog on Bootstrap 5 has arrived and What’s new and things you need to know about it?

The bootstrap team has expunged Jquery as a dependency for regular Javascript announced on its official website. The team had opened a pull request in 2017 aiming to remove Jquery entirely from bootstrap versions, and it is now completed and replaced entirely with vanilla Javascript. Nevertheless, developers will still be able to use bootstrap 5 with or without jquery.

This got a mixed response and opinions from web developers in development communities. It Spurred controversy for effacing Jquery from bootstrap 5. A few of the responses of web developers for removal of jquery are as follows.

Bootstrap concept offered 12-columns system is not going to vanish and will be available in Bootstrap 5 also. Web Dev can still use Grid and layout columns in Bootstrap 5.

Bootstrap rows and columns provide the most efficient solution to issues of different screen sizes. The main focus of the change in v5 is still responsiveness, though in recent bootstrap versions the development is focused mostly on improving performance and reducing the loading time.

The bootstrap team is working constantly to update bootstrap version 4 with version 5 and soon it may announce the Bootstrap 5 release date. The team has done major changes till now and the last few changes to take place soon. There’s undoubtedly a lot more in Bootstrap 5 to learn💯. You can also get the latest updates on Bootstrap 5 Release date, its documentation, and tutorial by subscribing to our newsletter at the side right side of the page.

Consider bookmarking this article🧐 as we will update it as and when we hear from the bootstrap team for their latest version. 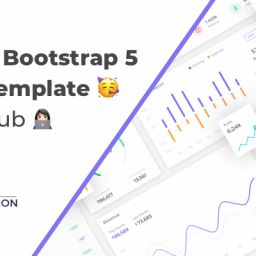 Looking for bootstrap-based react admin templates for free? Then here is the useful collection of 15+ Best React Bootstrap Admin Template Free 2022. Well, ReactJS is no doubt one of the best open-source, front-end, JavaScript libraries for building user interfaces or UI components. Besides, we can agree with the fact that it’s a perfect choice for enterprise applications, admin, and dashboards. You can also use it to display and manipulate… 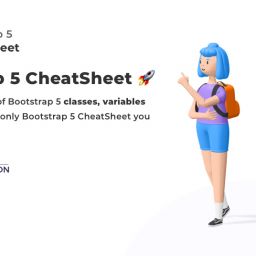 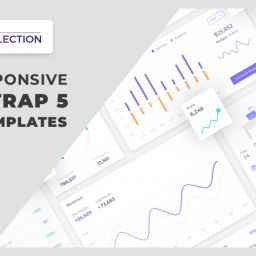 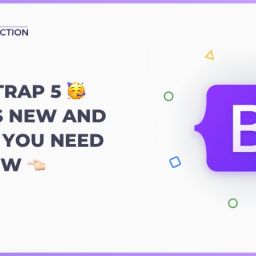 Bootstrap 5 What’s New And Things You Need To Know

Wow..!! The Bootstrap 5.1.0 version has been officially released by date August 4, 2021. 💥 🤩 In this article on Bootstrap 5 What’s new and things you need to know about it, you’ll get the details and important things to keep in check. Bookmark this article as we regularly update it with each release. Keeping this article handy will help you stay updated with all the updates regarding bootstrap 5. You… 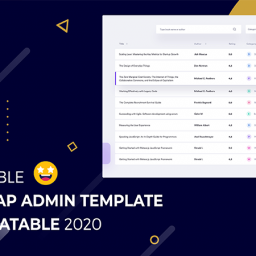 Here is the remarkable collection of 15+ Bootstrap admin template with datatable 2022 Datatable is the essential and primary component for any business or field so as for admin templates 🤟.  They’re mainly used to display data in tabular format and filter & search them easily. Also, the adoption of responsive web design and numerous approaches have been developed for establishing tables that can scale well in different viewport sizes…. 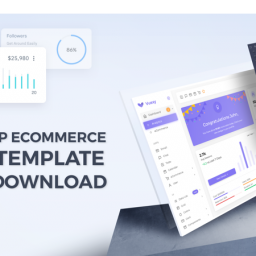 This is the collection for Bootstrap E-commerce Admin Template free download. You’ll find many free and premium e-commerce templates online, and surely they can confuse you🧐. Keeping that in mind we have collected some of the best E-commerce admin panel templates that are available online. With all the necessary features that an e-commerce website should have with elegant design and accuracy of delivering the best user experience.🤩 As we all know… 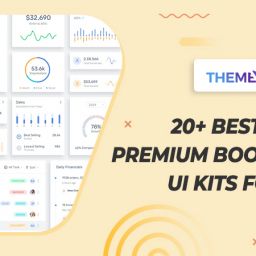 If you are a designer and looking for a great bootstrap UI kit, then this article will help you find the best & fresh UI kits for 2022 that will make your design look more attractive and highly compelling.🤩 The design quality of a website or application you are building majorly depends on the quality of tools you are using for your workflow. It’s always a great idea of designing… 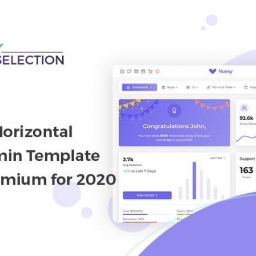 If you are looking for Admin Templates with Horizontal Menu for your website, then you should not miss this collection of Horizontal Menu Admin Template Free and Premium. When it comes to creating a website or application, Navigation plays a crucial role in User Experience. Besides, every website needs attractive navigation. Speaking of Navigation, we should not miss information architecture as it is considered the backbone of navigation. Now, there…

Get notified 💌 about upcoming Free Admin Themes, UI-Kits,
Unique promo codes  and Sales ! 🥳
We promise not to spam you. You can unsubscribe at any time.

10% Off 🥳  when you use promo code 10PERCENTOFF and complete your order today!